[Shepherding with One heart] Faith that fears the Lord Jesus

We stand in awe of Jesus Christ. He is the Son of God and the Creator and the Savior who saved us from our sins. He deserves to be glorified forever. The name "Christ" means the One who is anointed.  During the age of the Old Testament, anointed ones were the prophets, priests and kings.

Jesus Christ as a prophet lets us know we are sinners by showing us the Law. When we understood we were sinners, he, as a priest, was crucified shedding his blood while taking up our sins. He was a great King who reigned with the grace of redemption and love, not ruling with authority and power.

At home, some children are obedient to their parents unwillingly, but some children obey them wholeheartedly.  Although both types of children obey their parents, there is a big internal gap between them. Likewise, the end is totally different between those who believe in Jesus for fear of going to hell and those who believe in Him for the love and grace of the Lord who forgave their sins by shedding his blood on the cross.

There are people who go to church, without faith, to get rid of the vague fear that they might go to hell. They comfort themselves by going to church only on Sunday. They try to avoid the suffering for the time of soul by attending Sunday services:  they know they will go to hell when they commit sins. These people don’t attend the services on Wednesdays and Fridays.

If they are saved after they truly believe in God, they can’t refuse God’s request. They can’t say, “No” regardless what God asks because they have the limitless great favor of God. The extent to which we obey and fear God, the Lord of grace of love is different from the extent to which we obey the all-powerful King.  We obey and fear the Lord of our own accord, giving thanks for the shedding of his blood and for saving us from hell. 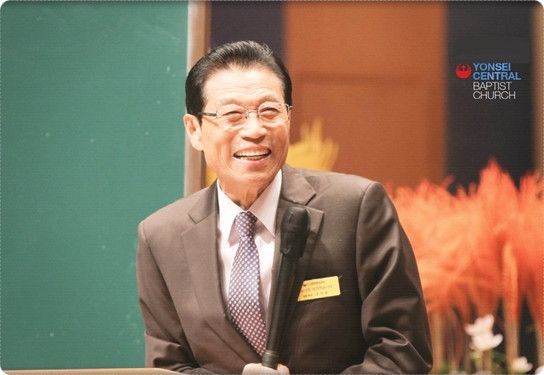