The Hope of Resurrection

The meaning of ‘Death’ in Bible is that of spiritual death, so called because

someone who is separated from God is in hell as eternal punishment.

Death is the result human sin. Since the first human, Adam, sin has been

in the world. Because of sin, humans are as dead as rotten wood.

The Lord sent His only Son, Jesus Christ to the earth to save it as became

lost in hopelessness.  The Lord put human’s pain, curses and contempt on Jesus.

Therefore, Jesus was crucified on the cross, bleeding for us. But nobody can

understand the humble death of Jesus. Jesus’ body was wrapped in linen and laid

in the tomb which was closed with a rock. The plan of God looked as if it had failed,

and there was just a tragic death.

with the resurrection of Jesus.  The tomb was empty. Jesus showed himself to His

disciples and told them ‘I will be back’. Then, he was taken up to heaven, to sit at

the right of the throne of God.

The resurrection of Jesus testifies that He was dead on the cross for our sin.

Therefore, our sin has disappeared and we have been forgiven by Jesus.

who were in sin.

Jesus resurrection had been spread around the world as the most blissful news.

Where there is this good news, there is great repentance, rejoicing and gladness.

The resurrection is the best miracle and bliss of God. 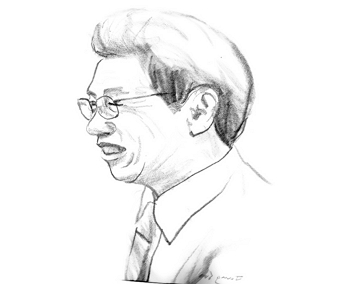